Comma This has the following uses:1. To separate items in a list:We need carrots, broccoli, oranges(,) and tomatoes for...

This has the following uses:
1. To separate items in a list:
We need carrots, broccoli, oranges(,) and tomatoes for this dish.
2. To place a section of a sentence or noun phrase in parentheses:
Garfield, the international cartoon character, is my favourite cat on TV.
Pete, now sleeping on the sofa, cleaned the drawing room last night.
3. To mark divisions between clauses in a compound or complex sentence:
These pesticides, if used on new lawns, may damage new grass.
I went to the doctor’s today, and he told me I had ptomaine poisoning.
4. To introduce or end a piece of direct speech:
‘No, sir,’ said Aarti, ‘He is the chairman of the GangaTech group of institutions.’
5. To separate numerals when writing a number with four or more digits:
25,000 km.
Note: Nowadays we do not use commas for short nouns in close apposition:
My friend Vivek is a good boy.

This has the following uses:
1. To introduce a list:
There are many colours of roses: yellow, red, white, violet, etc.
2. To introduce a piece of direct speech or a quotation:
Aarti said at once: ‘No, sir. He’s the chairman of the GangaTech group.’
Leech (1987) states: “Every language has its peculiar problems of meaning for the foreign learner.”
3. To separate parts of a sentence in which the first leads to the second:
That is the end of the poor man’s hopes: there is no return to eligibility.

This has the following uses:
1. To separate finite clauses that represent very closely related sentences:
He loved chasing me, but never caught me even once; it was the chase that excited him.
2. To separate items in a list when the items have internal commas:
I have lived in Chicago, Illinois; Los Angeles, California; Vancouver, Canada; and Yokohama, Japan.

When introducing direct speech, a comma is used much more frequently than a colon. A colon is usually used only very formally or for special effect:
Intrigueisourmother’smilk, Iconcede:‘Heisanexcellentfellow, but….’

Commas are normally used between items in a list, unless any of the items contains internal commas. If that is the case, semicolons are used instead:
My favorite screen roles are Michael Caine in ‘Tomorrow World’, Harrison Ford in ‘Raiders of the Lost Ark’, Albert Finney in ‘The Entertainer’, Sean Connery in ‘Robin and Marion’, and Johnny Depp in ‘Pirates of the Caribbean’.
Dispersion of seeds can take place in various ways: by sticking on to the bodies of animals, by being washed away by water, by being carried through the air, or by sticking onto our clothes.
Our next performances will be held on Tuesday, March 25; Thursday, March 27; and Saturday, March 29.

A semicolon marks a much stronger division in a sentence than a comma. It is used to separate independent finite clauses that have no conjunction (sentence parts which would otherwise be separate sentences).
Ricebranoilcannotbepreparedbydistillation;theheatcandestroyitscolourandtaste.
If the semicolon in the above sentence is replaced by a period, this would become two separate but closely related statements. These closely related ideasare linked by a semicolon, and it would be wrong to use a comma to perform the same function.

Introduction of ideas in a two-part sentence

If the first part of a sentence introduces an idea which is detailed or exemplified as an independent clause in the second part, then a colon is better that a semicolon:
Manystudentsdislikehim:fouroutoftensayheismeanandunfriendly.
If the second part is less than an independent clause, however, only a colon can be used:
Many students dislike his qualities: meanness and unfriendliness
Source: Oxford’s Guide to Plain English. 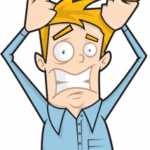