“The Chaos” by Dr. Gerard Nolst Trenité first appeared (in a shorter version) in an appendix to his textbook... 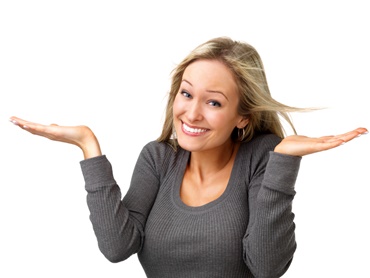 “The Chaos” by Dr. Gerard Nolst Trenité first appeared (in a shorter version) in an appendix to his textbook Drop Your Foreign Accent, published in 1920.

Dearest creature in Creation,
Studying English pronunciation,
I will teach you in my verse
Sounds like corpse, corps, horse, and worse.
I will keep you, Susy, busy,
Make your head with heat grow dizzy;
Tear in eye, your dress you’ll tear;
So shall I! Oh, hear my prayer.

Pray, console your loving poet,
Make my coat look new, dear, sew it!
Just compare heart, beard, and heard,
Dies and diet, lord and word.
Sword and sward, retain and Britain
(Mind the latter, how it’s written!)
Made has not the sound of bade,
Say-said, pay-paid, laid, but plaid.

Now I surely will not plague you
With such words as vague and ague,
But be careful how you speak,
Say break, steak, but bleak and streak.
Previous, precious, fuchsia, via;
Pipe, snipe, recipe and choir,
Cloven, oven; how and low;
Script, receipt; shoe, poem, toe.

Tortoise, turquoise, chamois-leather,
Reading, Reading, heathen, heather.
This phonetic labyrinth
Gives moss, gross, brook, brooch, ninth, plinth.
Billet does not end like ballet;
Bouquet, wallet, mallet, chalet;
Blood and flood are not like food,
Nor is mould like should and would.

Banquet is not nearly parquet,
Which is said to rhyme with “darky.”
Viscous, viscount; load and broad;
Toward, to forward, to reward,
And your pronunciation’s OK.

Making, it is sad but true,
In bravado, much ado.
Stranger does not rhyme with anger,
Neither does devour with clangour.
Pilot, pivot, gaunt, but aunt,
Font, front, wont, want, grand, and grant.
Arsenic, specific, scenic,
Relic, rhetoric, hygienic.

Gooseberry, goose, and close, but close,
Paradise, rise, rose, and dose.
Say inveigh, neigh, but inveigle,
Make the latter rhyme with eagle.
Mind! Meandering but mean,
Valentine and magazine.
And I bet you, dear, a penny,
You say mani-(fold) like many,

Now you need not pay attention
To such sounds as I don’t mention,
Sounds like pores, pause, pours and paws,
Rhyming with the pronoun yours;
Nor are proper names included,
Though I often heard, as you did,
Funny rhymes to unicorn,
Yes, you know them, Vaughan and Strachan.

No, my maiden, coy and comely,
I don’t want to speak of Cholmondeley.
No. Yet Froude compared with proud
Is no better than McLeod.
But mind trivial and vial,
Tripod, menial, denial,
Troll and trolley, realm and ream,
Schedule, mischief, schism, and scheme.

Argil, gill, Argyll, gill. Surely
May be made to rhyme with Raleigh,
But you’re not supposed to say
Piquet rhymes with sobriquet.
Had this invalid invalid
Worthless documents? How pallid,
How uncouth he, couchant, looked,
When for Portsmouth I had booked!

Thompson, Chatham, Waltham, Streatham,
There are more but I forget ’em-
Wait! I’ve got it: Anthony,
Lighten your anxiety.
The archaic word albeit
Does not rhyme with eight-you see it;
With and forthwith, one has voice,
One has not, you make your choice.

Compare alien with Italian,
Dandelion with battalion,
Rally with ally; yea, ye,
Eye, I, ay, aye, whey, key, quay!
Say aver, but ever, fever,
Neither, leisure, skein, receiver.
Never guess–it is not safe,
We say calves, valves, half, but Ralf.

Starry, granary, canary,
Crevice, but device, and eyrie,
Face, but preface, then grimace,
Phlegm, phlegmatic, ass, glass, bass.
Bass, large, target, gin, give, verging,
Ought, oust, joust, and scour, but scourging;
Ear, but earn; and ere and tear
Do not rhyme with here but heir.

Mind the O of off and often
Which may be pronounced as orphan,
With the sound of saw and sauce;
Also soft, lost, cloth and cross.
Pudding, puddle, putting. Putting?
Yes: at golf it rhymes with shutting.
Respite, spite, consent, resent.
Liable, but Parliament.

Seven is right, but so is even,
Hyphen, roughen, nephew, Stephen,
Monkey, donkey, clerk and jerk,
Asp, grasp, wasp, demesne, cork, work.
A of valour, vapid vapour,
S of news (compare newspaper),
G of gibbet, gibbon, gist,
I of antichrist and grist,

Differ like diverse and divers,
Rivers, strivers, shivers, fivers.
Once, but nonce, toll, doll, but roll,
Polish, Polish, poll and poll.
Pronunciation–think of Psyche!-
Is a paling, stout and spiky.
Won’t it make you lose your wits
Writing groats and saying ‘grits’?

It’s a dark abyss or tunnel
Strewn with stones like rowlock, gunwale,
Islington, and Isle of Wight,
Housewife, verdict and indict.
Don’t you think so, reader, rather,
Saying lather, bather, father?
Finally, which rhymes with enough,
Though, through, bough, cough, hough,
sough, tough?
Hiccough has the sound of ‘cup’…
My advice is: give it up! 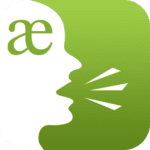