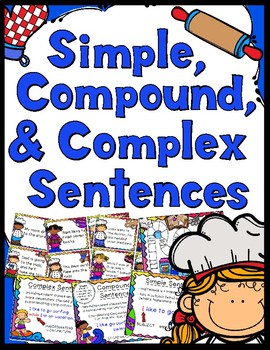 Simple, compound and complex sentences are about the structure and length of the expression of an idea.

1. What is a simple sentence?

A simple sentence is one which has only one subject and one predicate. That is, it has only one finite verb (a verb which can change its form depending the time that the action happens or on the subject that controls it).

The finite verb is ‘eats‘. It can change depending on the subject (Suresh eats, I eat) or on the time (Suresh eats every day, Suresh ate yesterday).

However, a simple sentence need not be one which conveys only a simple idea or is short in length:

Being a responsible citizen and having spent the better part of his life serving his country, Ali was strolling along and reminiscing about his younger days in the army.

In the above example, although there are several verb forms (being, having spent, strolling, reminiscing), only ‘was‘ is a finite form, for it has the subject ‘Ali‘ and is the only verb that would change if the subject or the time changed. As you can see, a knowledge of non-finite verbs helps one to identify simple sentences.

2. What is a compound sentence?

Ravi picked up the chair, and he took it to his bedroom.

Each clause has its own subject (Ravi, he) and finite verb (picked up, took). The two clauses are joined with a co-ordinating conjunction, ‘and‘. Compound sentences are always joined by either a coordinating conjunction (for, and, nor, but, or, yet, so) or a semicolon.

Notice that this is NOT a compound sentence: Ravi picked up the chair and took it to his bedroom. It does not have a second subject to form a second independent clause. Instead, it is just a simple sentence with a compound verb.

3. What is a complex sentence?

We entered the classroom when we saw the teacher arriving.

4. What is a compound-complex sentence?

As the name suggests, it is a combination of #2 and #3: it is a sentence which has at least two independent clauses and at least one subordinate clause.

Ravi picked up the chair because he wanted it, and he took it to his bedroom. 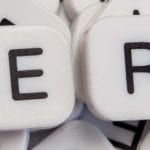