A tongue twister is a phrase, sentence, or rhyme that presents difficulties when spoken as it contains similar sounds—Whistle... 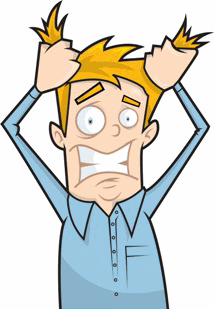 A tongue twister is a phrase, sentence, or rhyme that presents difficulties when spoken as it contains similar sounds—Whistle for the thistle sifter, for example. To get the full effect of a tongue twister, you should try to repeat it several times as quickly as possible without stumbling or mispronouncing.

Tongue twisters have long been a popular form of wordplay, particularly for schoolchildren, but they also have a more serious side—they are used in elocution teaching and in the treatment of some speech defects.
The collection of funny tongue twisters presented here, however, is purely for entertainment, and consists of many old favorites as well as some new ones—try to tackle tricksy tongue twisters today!

How many boards
Could the Mongols hoard
If the Mongol hordes got bored?
—from the comic ‘Calvin & Hobbes’

Rudder valve reversals
—the cause of some plane crashes

She stood on the balcony, inexplicably mimicking him hiccuping, and amicably welcoming him in.
—an actor’s vocal warm-up for lips and tongue

Chukotko-Kamchatkan
—pertaining to the Siberian people living in Kamchatka

Thirty-three thousand people think that Thursday is their thirtieth birthday.
—by Julia Dicum

As he gobbled the cakes on his plate,
the greedy ape said as he ate,
the greener green grapes are,
the keener keen apes are
to gobble green grape cakes,
they’re great!
—from Dr. Seuss’s O Say Can You Say?

But she as far surpasseth Sycorax,
As great’st does least.
—Caliban describing Miranda’s beauty in The Tempest, by William Shakespeare

Two to two to Tooting too!
—Announcement at Victoria Station, London

I would if I could, and if I couldn’t, how could I?
You couldn’t, unless you could, could you?
—common school kids nonsense, circa 1910

I wish to wish, I dream to dream, I try to try, and I live to live, and I’d die to die, and I cry to cry but I dont know why.
—from a song by Soundgarden

We need a plan to fan a pan; find a pan to fan, then find a fan to fan the pan, then fan the pan.
—Some Korean students find difficult the difference in pronunciation between ‘f’ and ‘p’.

You’re behaving like a babbling, bumbling band of baboons.
—from Harry Potter
In Hertford, Hereford and Hampshire hurricanes hardly ever happen.
—from My Fair Lady, the musical based upon George Bernard Shaw’s Pygmalion
Never trust
a sloppy crust,
a squally gust,
ships that rust,
or girls with lust.
But if you must,
you may trust
to go bust,
and back to dust,
which serves you just
—on board a Victory Ship in the 1940s

Did you know: Singers, actors, TV and radio presenters use these as training tools. It helps develop certain accents, exercises lips, and limbers up tongues before performances.
Did you manage to say them all? 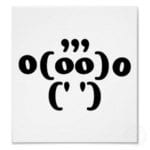 Do You Know All The Computer Keyboard Key Names In English?