Words that Sound the Same: How to Set Them Apart

Wondering how to set apart words that sound to same? Let the English Forward team show you how. 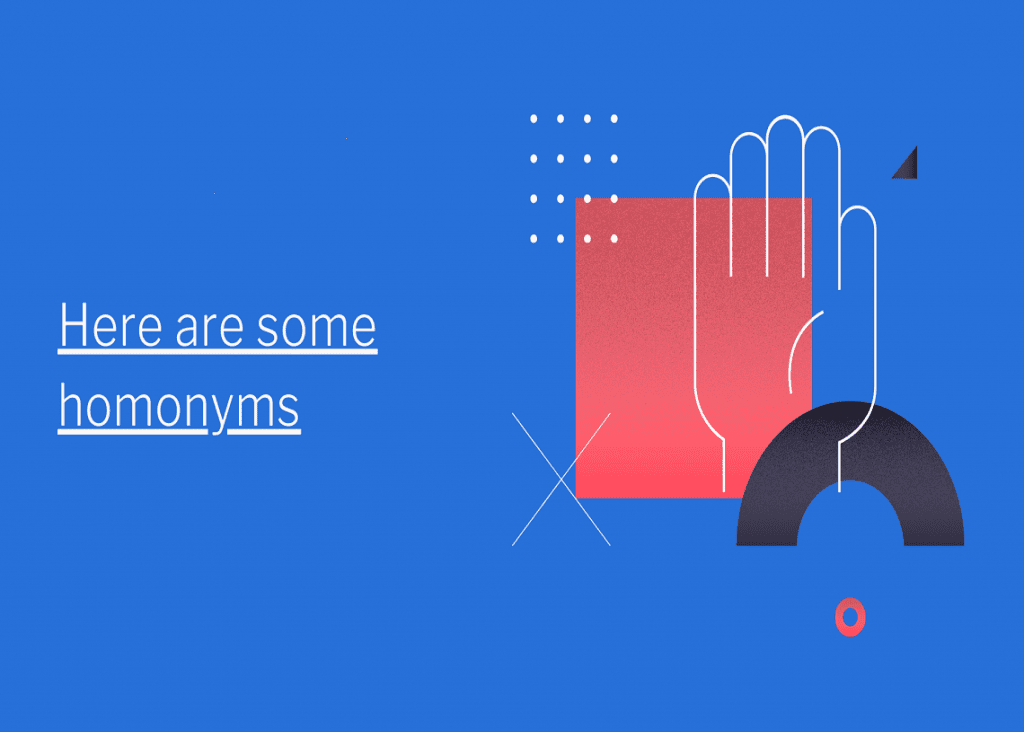 The English language can be a difficult language to learn for many, especially for those whose English is not part of their native language or secondary language. Inconsistencies in pronunciation, words that have the same spelling yet same pronunciation.

We will discuss a topic that is a huge cause of confusion amongst the English learning community: words that sound the same but are spelled differently. Or conversely, words that sound the same but have different meanings. These may sound complicated at first, but the purpose of education is to make complicated things simpler, isn’t it? Let us begin.

First of all, let us discuss the first category. Namely, two words with the same pronunciation and yet spelled differently. An example would be the word produce (farm product), which is a noun, and the word produce (to manufacture), which is a verb. Another word or example under this category would be to see (vision) and the sea (body of water). Again, these words that sound exactly the same each has a different spelling than the other.

These words are what we classify as homophones. From the prefix “homo-” which means the same. Now that we’ve categorized these different words, the English language seems a little clearer now, right? What are homophones exactly? A homophone is similar in one way (pronunciation) but different in another (spelling). Some more examples of words that sound alike (homophones) include:

All of the listed examples above are homophones. Homophones are used everywhere in the English language. Down from everyday conversations up to the most technical of writings. Homophones make up a bulk of the words found in the dictionary. All we have to do is to find the connection. Without being spelled or written, when only basing it on sound, homophones seem exactly alike. But when given a closer look, their different meanings become apparent.

What is a homophone?

All of these words are words that sound similar. In summary, a homophone is a word or words that share the same sound or pronunciation, regardless of spelling. Or words that sound alike but spelled differently. Now that the definition of homophones is clear, let us jump into the secondary category: called homonyms. Given what a homophone is, let us attempt to unify it with a homonym to get a better understanding of what homonyms are overall.

Homonyms – both a homophone and a homograph?

Homonyms, on the other hand, are words that have the same sound AND spelling, yet have different meanings. When generalized, a homonym is a homograph (same spelling, regardless of pronunciation), or a homophone, or both. Another way to see a homonym is an umbrella term for both a homophone and a homograph.

Examples of homonyms include the word band, which has two meanings; a musical group or a ring. Another word would be to be tender, meaning to be gentle. But did you know the same word also means an offer of money?

All of these different meanings, when taken out of context, may lead to confusion, especially given that they essentially sound the same. Which means it is important to check the words surrounding the homonym in a sentence to see and contextualize its intended meaning.

There are many homonyms in the English language or words that sound AND spelled the same. Words that are almost exactly the same, differing only in meaning.

So plenty in fact, that we will list down 20 English words with different meanings (homonyms):

As you can see, the sound of these words remain constant throughout, but their meanings can change. Especially when put in another context. A great example to showcase this is to use their different meanings in the same sentence. One example sentence would be the word “right”:

“Which is the right direction, the right turn or the left turn?”

See the two different meanings? Another example would be:

“Hand over my bat, I’m going to swing it at the bat that’s inside my room!”

“Jerry had to book a ticket to the United States, has he was looking for a specific book located in one of their libraries.”

“The farms cannot keep up with the demand for produce, they have to produce more goods for the markets not to dry up.”

“As the wind is strong today, the sailors were ordered to wind up the sails.”

“I’ve been meaning to address the team today, our delivery office address will change in three days.”

“The audio technician was given some sound advice when he asked how to deal with the many sound issues present at the venue.”

Homonyms and homophones: a summary

To summarize and recall all that we’ve learned in this lesson: we will define each of these terms individually.

A “single word” does not always have the same meaning. Sometimes, its meaning changes depending on the context. When used in different ways, a “single word” can end up having different meanings. That is the product of the rich vocabulary and years of evolution, change, and assimilation that the English language has gone through throughout history.

We hope that you found this lesson helpful. The world of learning a new language is a great and wonderful experience given the proper guidance. Armed with the proper tools, one should find more meaning and clarity amongst the confusion of words that sound and look the same at first glance but have different meanings. This lesson is the sole property of the author and English Forward and not to be distributed without permission. All rights reserved.

How Do You Spell? 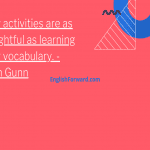 B words: Playing Words With Friends?